Extinct volcanoes, majestic glaciers, lava fields overgrown with green moss, black beaches (and even a golden one!), Thundering waterfalls – the Snæfellsnes peninsula, in the far west of the country, is Iceland in a compact format.

If you don’t have time for an extensive road trip around the whole island, we highly recommend two days on Snæfellsnes. In fact, all our Iceland Photo Tours start here.

Of course, longer is always possible. But that applies to all of Iceland. On Snæfellsnes the highlights are lined up like pearls on a chain. The well-paved 574 leads once through the Snæfellsjökull National Park around the tip of the peninsula. You can then continue the road trip around the peninsula via roads 54 and 56.

Of course, there are countless places worth seeing on Snæfellsnes – I have put together my 11 very personal favorite places here:

Probably the most famous symbol of Snaefellsnes today and one of the most photographed waterfalls and mountains on the island.

The Kirkjufellfoss with the eponymous mountain in the background. Hardly any other motif on the peninsula offers as many photo opportunities as the mountain with its waterfall.

The small car park at the foot of the river has long since ceased to do justice to the crowds, but there are only a few alternatives. So if everything is full here, please don’t park somewhere in the middle of anywhere or on the roadside.

There is an increasing tendency to tow cars here – and you can easily save these costs. Just keep driving and come back later. Especially in the summer months, with the midnight sun, you are still completely alone here.

If the weather is good (and if you have the appropriate vehicle), it is worth making the trip to Snæfellsjökull, past the singing cave Sönghellir. You already know that this is the mountain where Jules Vernes let his Professor Lidenbrock start the journey to the center of the earth. Last year we chugged up the F-slope in the bright sunshine. And also this year it looks good from afar, the weather. Only the summit of Snæfellsjökull is covered in a cloud cover.

But the closer we get, the worse the weather gets. We hike to a small ice cave by the side of the path.

As we continue, it becomes increasingly uncomfortable. Rain turns into snow. The visibility drops to zero. The slope is extremely slippery. We think “safety first” – and turn around. Because of all the tension, I didn’t take a photo of the blowing snow.

This picturesque waterfall is hidden in the legendary Berserkjahraun lava field, above the vast Selvallavatn lake.

From the parking lot at the Bárður monument in Arnarstapi it is only a few meters to Gatklettur, this rugged and incredibly photogenic lava stone arch in the middle of the sea.

5. The coastal path from Arnarstapi to Hellnar

The hiking trail leads about two and a half kilometers along the coast. Through lush meadows and past bizarre lava formations. If you are lucky you will see whales. Fjórhúsið Kaffihús, a café that is said to have wonderful cakes and fish soup, is right on the coast of Hellnar.

Just a few minutes by car further: The imposing cliffs of Lóndrangar. Two volcanic vents that rise 60 meters from the sea. The actual volcano around it fell victim to the surf and erosion.

From the other side you can also hike the cliffs, from the Malarif lighthouse a hiking trail leads there. The view from the southern viewpoint is almost even more beautiful in my eyes.

The dark beach was created by a volcanic eruption, the lava of which poured into the sea. It is said that this place has a particularly positive energy. If bright sunshine is a form of this positive energy, then we felt it too. The rusty wreckage on the beach is part of the remains of a trawler that ran aground in 1948 and is a listed building.

Should you go in here? At first glance I would not have suspected that it would continue on the steeply rising rock face. Only the small stream that flows out of a crack gives a clue to the rocky gorge that you can climb into here. And through – exactly – the little stream.

We make our way through the crevice, which after a few meters widens into a small cave. Some light comes into the mountain through a rock opening, in sunlight I imagine it to be very enchanting with the green mossy stones and the rippling water. You could follow the course of the brook about 20 meters further – then even very narrow contemporaries will no longer be able to progress.

9. The churches of Budir and Hellnar

Icelanders can do churches. Whether the classic peat churches, of which there are only a good handful in all of Iceland. Or the simple, small wooden churches that somehow always stand in a picturesque location.

10. The golden beach of Skardsvik

Yes, you read that right. There is even a golden beach on Snæfellsnes. And if a sensitive cold wind did not blow around my ears, I would be tempted to stick a toe in the water.

I hope I was able to whet your appetite for this beautiful peninsula. Speaking of appetite: I can’t say enough about how well we ate at Bjargarsteinn Mathús with a view of Kirkjufell. Great recommendation!

Map of the sights on Snæfellsnes

On the following map you can see all the sights on Snæfellsnes at a glance and plan your route for a day or multi-day trip.

The peninsula itself is really very compact and well developed, the roads are paved and in good condition. But you should definitely consider the arrival and departure so that it does not become stressful.

An overnight stay in Grundarfjördur is a good idea if you want to be close to Kirkjufellfoss. The waterfall is just a 2 minute drive outside of town.

The only notable “village” in the south would be Arnarstapi, although there are no opportunities for refueling, shopping, etc. there.

Other destinations that are also worth a short visit:

If you want to go around the peninsula completely, you should be prepared for the fact that a section of almost 70 km in the northeast is not yet paved. Between Stykkishólmur and road # 60, Vestfjarðavegur, you are guided over a relatively easy to drive gravel road.

There are 7 gas stations on the peninsula, but that’s actually enough for Snaefellsnes.

Hope you enjoy and give you some more ideas about your next visit to Snæfellsnes peninsula! 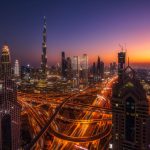 SMALL GROUP
From 3,350€  2,895€
We use cookies on our website to give you the most relevant experience by remembering your preferences and repeat visits. By clicking “Accept”, you consent to the use of ALL the cookies.
Cookie settingsACCEPT
Manage consent