A travel to Baikal Lake that began after seeing some images of Daniel Kordan. I had in mind to travel to many other places before, but it all came together to go here. As many of you know, I spend about half of the year in Thailand and the rest of the year traveling.

A friend was organizing a trip to Lake Baikal. It seemed to be a great opportunity since they were going to cover the great majority of the locations that I had in mind and that I had studied previously. In addition to a fairly affordable price, which if I had gone alone, it would have been unfeasible, having to find a local guide, transport, etc… since in those areas there are not many people who can speak English.

The Baikal is a lake of tectonic origin, located in the southern region of Siberia, Russia, between the Irkutsk Oblast in the northwest and Buriatia in the southeast, near the city of Irkutsk. Its name is derived from the Bai-Kul Tartar, a “rich lake”. It is also known as the “Blue Eye of Siberia” or the “Pearl of Asia”. It is the largest freshwater reserve in the world. The largest lake in Asia and the deepest in the world. The lake is surrounded by mountains and has about 20 small islands.

How deep is Baikal lake?

How old is Baikal lake?

Also Baikal lake is the oldest lake in the world: 25 million years.

How wide is Baikal lake?

Why is Baikal lake so clear?

During the summer period, the transparency changes according to the quantity of sediment that rivers water brings to Baikal Lake and the growth of plankton. The lake acts as a treatment plant, turning out clear, pure water.

How deep does Baikal Lake freeze?

The lake starts to freeze in the North in December., and by mid-February, the whole lake is completely frozen. The thickness reaches 1,5-2 meters, and tolerate a vehicle of about 15 tonnes.

What makes this place is unique?

Imagine an ice rink 31,494 sq km long and 80 km wide and up to 1680 m deep. When winter arrives in the northern hemisphere, Siberia, it completely freezes, and when I say completely I mean its entire surface. With average temperatures of -21 degrees Celsius. This happens between January and begins to thaw in June.

Another thing that makes this lake special, is the clarity of its waters, which make the ice that forms clear and can reach a thickness of up to 1.5 meters and in some places, you can see through, fish, plants, and rocks as visibility can reach up to 40 meters.

What to bring to Baikal during winter?

The vast majority of the trips I’ve made so far, except for Iceland (which I was in August and the temperatures were cold but affordable) or Canada, the rocky mountains, last September. I had never been at -20 degrees before so one of the first things I had to do, was to get the proper equipment to be able to resist those temperatures and not to spend miseries when I was taking pictures. We all know that you can stay quietly for more than an hour in a location and without moving at all.

Start of the Baikal lake trip

The trip started in Bangkok, with a direct flight to Irkutsk. Where we spent our first night. The landing was the most curious, completely white, and frozen runway, besides keeping us in the plane for more than 30 minutes and checking our temperature. It was just the beginning of the coronavirus.

The next day we got to know the city, visiting some of its most emblematic and historical places. The Kazan Cathedral stands out.

We had an early breakfast and started our travel to Olkhon the island in the middle of the lake where we will spend our next 4 days. A total of 6 hours in the van. But we made a stop halfway to do a dog sledding tour. Something I thought would be very touristy to do, but I liked the experience.

In the afternoon and with just enough time for the first sunset we arrived at the hotel. We made check-in and very quickly, we left for Cape Burkhan or better known as Shamanka Rock. While the whole group stayed at the top to watch the sunset, I decided to go down to the lake and look for other kinds of compositions less seen. The hotel was only 20 minutes away from this location so I decided to stay until the lights went out.

A night at the lake

Back to the hotel, we had dinner, and although it was not in their plans I convinced the guide and another guy to go do some night. In the end, the whole group came!

I took them to the island of Kharantsy where I knew there was one of the biggest ice caves. Another very interesting thing about this place. Formed during the freezing period of the lake. Waves crash against the rocks and islands and this generates formations that I had never seen before. Another of the curious things is, that from year to year, they are never the same. We spent several hours inside the cave and trying different frames, we put up a tent, but the color was not right and finally one of us with a flashlight on our head.

It was our first real contact with the lake and despite the cold, the truth is that I at least felt super comfortable. Amazing with the landscape and the possibilities that this cave gave. With a big smile, we all went back to the hotel.

After a good night’s sleep and with great expectations of what the day would bring, we headed for the north of the island where we would make the first sunrise. Specifically Uzury Bay. We were almost two hours away from our destination, driving on the lake and part of it in the forest, so we had to get up early enough.

We saw something that was amazing and according to the locals was not normal. They called it ice fog, which is nothing but fog. Something for which they said it was very strange, but I must also say that the conditions we found were far from ideal. They also said that it was the hottest winter in many years so it had snowed and snowed in the days we were there. This makes it very difficult to find parts of the lake that are clean.

After photographing the sunrise, we had breakfast and some took the opportunity to go to the bathroom. I mention this because the bathroom is in the woods, a very small wooden house of about one square meter and with a hole in the floor. Can you imagine doing something there? Hahahaha… pulling down your pants at those temperatures?

Our next destination was the Three Brothers Cliff where I saw some of the most incredible ice formations I could ever imagine. There was little more truth to be asked.

Then things changed, the weather got pretty bad. Everything made us think we were going to have cloudy days and some snow. However, I didn’t give up and decided to work under those conditions. That’s what was there and it was there. I didn’t know when I was coming back, so I did my best.

While part of the group decided to stay in the hotel, I went out regardless. Maybe I wasn’t lucky enough but the experience and what I saw was incredible.

The sunset we did it on the same island where we were the night before. But I looked for a different cave with an orientation to the sun. If you are interested in learning my post-processing techniques follow this link

Sunrise on Ogoi Island, one of the most emblematic and well-known places of the Baikal (cover photo). As I already knew this I decided to go very early but when I arrived there was already a line of Chinese people. The day was completely cloudy, so we had no sun, besides not having a clean surface as it had snowed a little the night before. Despite that, I took some pictures.

As we couldn’t do much more, we decided to go in search of someplace that didn’t have much snow to try to see the typical bubbles that are formed in the ice. We had our lunch at the lake. The local driver cooked for us a typical soup with fish from the lake. I have to say that it was delicious and better than soup for that cold.

We tried our luck again for the sunset, but it was still cloudy. We only had one more day to go.

We visited the island of Oltrek, where we made an offering to the shaman. One thing I hadn’t commented on. They say that shamanism originated here and has a strong spiritual and medicinal tradition. We explored the area in search of more clean ice and some caves. To make the last sunset in the south bay of the Baikal lake.

And so much for my trip to Lake Baikal. An unforgettable experience, and one that I will surely repeat again, possibly next year. Now all that remained was to go home and deal with the coronavirus. Flight cancellations, having to stay in a hotel longer than I wanted but well, this would give for another article…

If you want to join us in our next year Baikal photo tour, you can book your place now and capture the Baikal lake yourself!

I live in the world today, but there are places on Earth attached to my soul: Bali, Indonesia and Koh Lipe island in Thailand. Those are where I mostly live these days. I love these two islands, with their remarkable atmosphere of fishing villages, sailing adventures, incredible hikes and incredible hidden germs.
PrevNext

Do you want to improve your photo skills?

Contact us if you want a private lesson of photography edition, photo tour, etc… 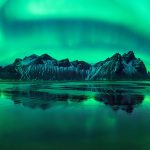